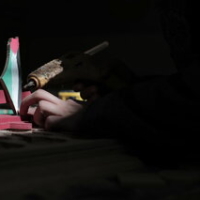 Samah is particularly proud of this Palestinian flag and key, which was the first item she produced on her new wood carving machine. ( Photo - Iman Abu Muailaq) 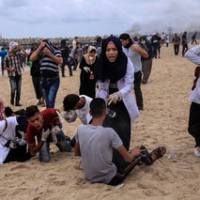 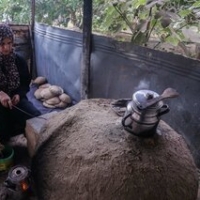 May Qudeih, a Palestinian woman bakes bread on a mud oven in the southern Gaza Strip. (Photo - Samar Abu Elouf) 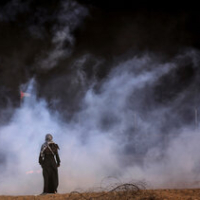 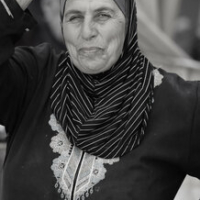 Older Bedouine woman: Living in the Negev Desert, not knowing when her home will get destroyed, "Time: Each wrinkle is a story measured by time. Age that has passed, Age that has engraved itself in the face in order not to be lost. (Photo - U Mindermann) 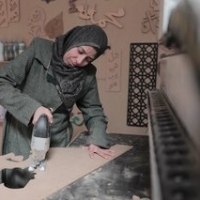 Samah Shaheen graduated from the 'Irada' project at the Islamic University of Gaza. She has been handicapped in her left hand from birth. Here she works in her small workshop in the Bureij Refugee Camp making wooden artefacts (Photo - Iman Abu Muailaq) 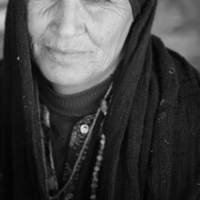 Bedouine woman in the desert, living in a tent close to Mar Saba Monastery. asks herself, "How long will it last until it gets destroyed. " The harder the place, the better the people" W. Thesinger (Photo - Ursula Mindermann) 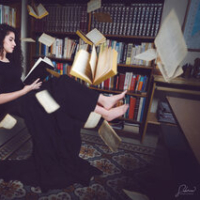 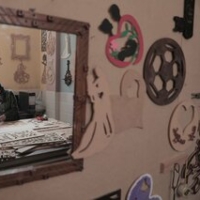 Samah gave up working in embroidery because "thats what all the women do". Instead she chose the traditionally male- dominated work of wood carving, and has succeeded against all the competition.(Photo - Iman Abu Muailaq) 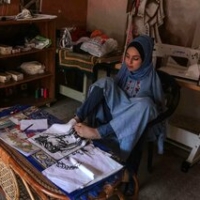 Aya Masoud is a young Palestinian woman, born without arms, who participates in a project on Palestinian embroidery (Photo - Samar Abu Elouf) 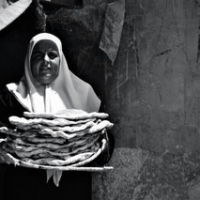 A mother serves up the family bread in Duma, N.Palestine, the day after Israeli settlers set fire to a home there. Three family members were killed and one toddler badly injured. (Photo Aiyah Sibay) 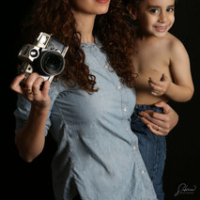 Self portrait with my boy, inspired by the J. Howard Miller's "We Can Do It!" poster from 1943. (Photo - Sabrine Mukarker Zeidan) 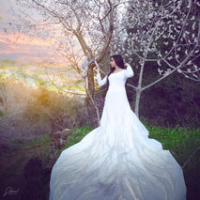 Staying here where my roots have grown since the day I was born, blooming like green almonds in an endless spring. (Photo - Sabrine Mukarker Zeidan) 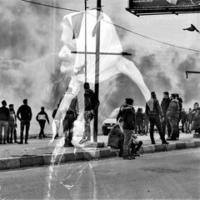 A protest breaks out at a checkpoint in Nablus, Palestine following Trump's decision to name Jerusalem the capital of Israel in December 2017. Many young men were injured and killed in the protests that ensued as a result. (Photo - Aiyah Sibay) 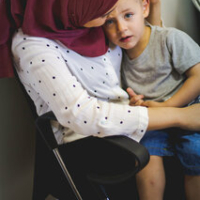 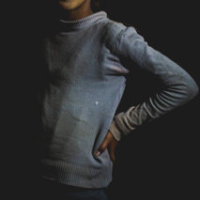 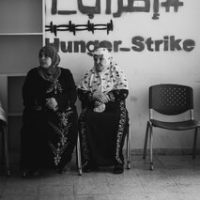 Masyoona (in the white hijab) awaits medical attention. Her son is a political prisoner serving a life sentence in an Israeli jail. He actively participated in the massive hunger strike of 2017.(Photo - Marian Gidi) 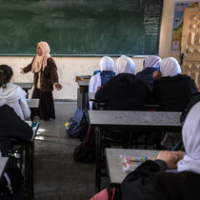 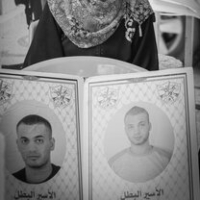 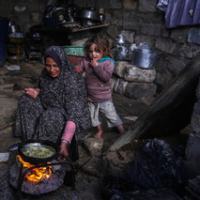 Um Alaa cooks food for her family on an open fire as she cannot afford to buy cooking gas. She lives in one of the most impoverished areas in the southern Gaza Strip (Photo - Samar Abu Elouf)